The strength of magic mushrooms varies from one species to another. They come in different sizes and shapes.

This article outlines the most potent magic mushrooms that can give you a high when ingested.

Magic mushrooms are known for their psychoactive properties. It brings about psychedelic experiences.

Psilocybin, primarily found in dried mushrooms, is a prodrug of psilocin. When ingested by the body, psilocybin turns into psilocin, which then causes hallucinations.

The ratio of psilocin, psilocybin, and, to a lesser extent, baeocystin in mushrooms is different in each species, but it is the active substance in magic mushrooms.

Hence, how these properties are balanced influences the effects of the mushroom trips, they can be more meditative or visual.

Below is a list of magic mushrooms arranged in order of potency according to psilocybin and psilocin.

The Five Most Robust Magic Mushrooms

This tops the list of the most robust magic mushrooms. It’s a rare species with powerful potency.

Psilocybe azurescens is the strongest psilocybin-containing mushroom that grows in the wild; it is also called Flying Saucers or Azzies.

It is found chiefly in deciduous woodlands in its natural habitat. A large intake of these AZIEs can result in temporary paralysis.

The effect can be scary for new users, and anxiety may make the trip a bad experience. It provides intense visuals and a profound journey. The strength of this species makes microdosers prefer it.

Flying Saucers contains a psychedelic mixture of up to 1.8% psilocybin and 0.5% psilocin. Regardless of how low the percentage may seem, it is very potent and capable of giving you a pleasant trip.

According to research, because of the presence of psilocybin, this mushroom can retain its potency over a long period.

This is also known as Copelandia cyanescens, one of the strongest magic mushroom species.

They are also called Hawaiian magic mushrooms. These blue mushrooms grow in a place with abundant rain; an island is an example.

This species is mostly found in fields and pastures. They are popular and easy to grow because they can be cultivated indoors.

They are also known as “dung-loving” species, and in a grow kit, they are usually kept in a “horse dung” kit to aid growth. It can thrive wherever it is found because of its nature.

This species is beginner friendly because of its intense trip and indoor cultivation nature.

Panaeolus cyanescens is a slim and tall plant with small caps.They are more effective than a typical cubensis. 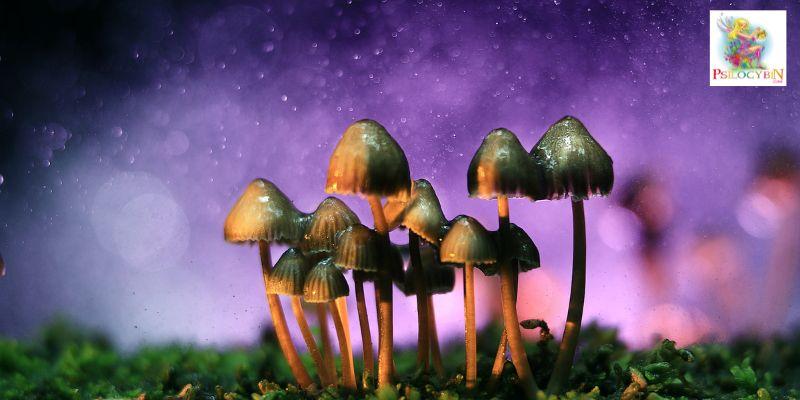 It is also called Psilocybe semilanceata, and they are popularly known for their physical description, which is their nipple-like feature and bell-shaped cap.

According to research, this species is found in 17 countries in northern Europe. It is the most widespread magic mushroom that grows naturally.

Unlike other species, this liberty cap is not your average fungus. It is small, slender, and has pointy caps. They like wet, grassy environments with cold temperatures.

The dry psilocybe semilanceata plant contains 0.2% to 2.37% of psilocybin. It has the highest form of psilocybin in this state. Regardless, the total concentration potency is about 1%, which is why it does not top the list.

The effects of the liberty cap after intake are visual distortion, hallucinations, deep spiritual journeys, and euphoria.

It is popularly known as “wavy caps.” It is a psychedelic mushroom. Psilocybe cyanescens mushrooms became widespread due to people using them to suppress the growth of weeds.

This species grows in massive clusters; they like to feed on decomposing forest residuals and grow in the woods. Nevertheless, if properly managed and cultivated, it can thrive outside.

This magic mushroom has an undulating cap margin; the cap is usually brown in color and changes to caramel as it matures. The length of the stem is approximately 2–8 cm tall.

As a result, it is known as a potent psilocybe. It consists of 1.68% psilocybin and 0.28% psilocin. This magic mushroom gives a tripping experience that is visionary, euphoric, and highly introspective.

Because of their resemblance in the field, they can be mistaken for vast and poisonous mushrooms. This mistake can be avoided with the help of a professional mycologist to gather the mushrooms in the wild.

This magic mushroom has similar properties to Psilocybe serbica. It is also called a little brown mushroom. Psilocybe contains less baeocystin and more psilocybin and psilocin.

Psilocybin concentrations range between 0.34% and 1.34% when dried. The cap of this species grows up to 4 cm. The cap changes from being conical as it matures to become more convex. The color also changes from buff brown to orange-brown.

This species can be identified by its whitish to cream-colored flesh. It has purple-brown, slightly flattened spores. The gills of this species are initially light brown and become darker with age.

This species has no particular smell or taste. They are very similar to Galerina, which is a poisonous fungus. Users should be cautious and require the work of a mycologist.

The potency of magic mushroom effects varies. They all have elements that have hallucinogenic potential.

When consumed in vast and excessive quantities, the user is likely to have a horrible and unpleasant trip. The potency of the magic mushrooms listed above is ranked from very potent to comparably potent.