Magic mushrooms (psilocybin mushrooms) are a polyphyletic, informal group of fungi that contain psilocybin when consumed.

The scientific community gives much attention to psilocybin because it is a hallucinogenic mushroom that contains psychoactive alkaloids. It has become a scientific tool for psychosis because of its therapeutic potential.

This mushroom is widespread and often abused as a natural hallucinogen. Psilocybin mushrooms are also used as recreational drugs.

Magic mushrooms differ from one another in terms of species and genus. Apart from psilocin, norpsilocin, baeocystin, norbaeocystin, and aeruginascens are also present, which can modify the effects of magic mushrooms.

According to research on Panaeolus subbalteatus, the mushroom has the highest amount of psilocybin compared to the other species.

Psilocybin has a high potential for misuse, although certain cultures have been known to use its hallucinogenic properties over the years. It is classified as a hallucinogen. 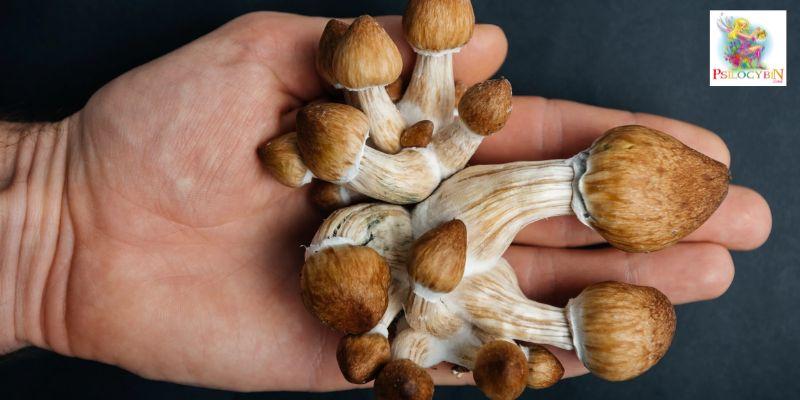 The magic mushroom looks like an ordinary mushroom. Magic mushrooms have varieties like Panaeolus cyanescens, Psilocybe cubensis, and Psilocybe azureus.

Over time, magic mushrooms have been said to look very similar to poisonous mushrooms that can make users sick and die.

Furthermore, these magic mushrooms in contemporary times can look like dried materials in capsules. Synthetic psilocybin looks like a white, crystalline powder that can be converted into tablets or capsules.

These magic mushrooms have slender stems topped by caps with dark brown gills and whitish-gray skin. Dried mushrooms are usually rusty brown in color with isolated areas of off-white.

The liquid form of psilocybin can be found in the liberty caps of magic mushrooms. This liquid is in a vial and comes in a clear brown color.

Other names for the mushrooms 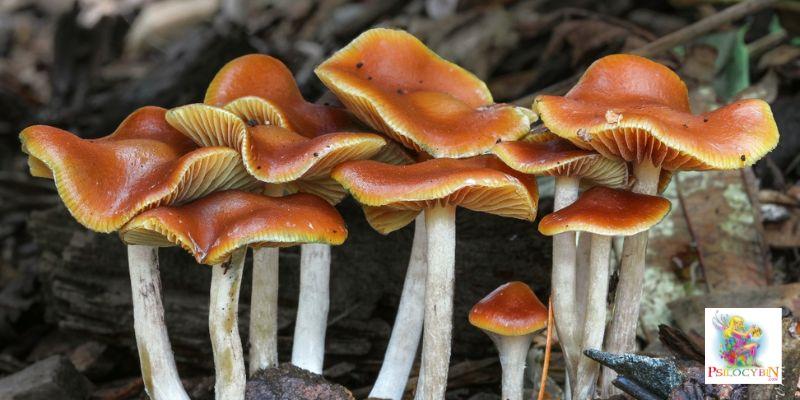 Magic mushrooms have different species, and they have other known common names. Their other names frequently refer to some. Below is a list of species with their other names:

How magic mushroom is consumed

How the magic mushrooms are taken depends on the user’s choice and preference. It can be eaten fresh, cooked, or brewed into tea.

Hence the dried option can be smoked, mixed with cannabis or tobacco, or even mixed with food.

The effect of these magic mushrooms starts in 30 minutes when eaten and in 10 to 15 minutes when taken as tea or in soup. Approximately the results of these mushrooms can last 4 to 6 hours.

The potency of magic mushrooms ranges from low to high. It is a potent substance when it enters the body.

Every drug has its dosage and prescription, and so do the magic mushrooms. There is no safe level of drug consumption because of this latter effect.

Users should be cautious when taking any form of the drug. The effects of magic mushrooms vary from one user to another.

It also depends on the user’s size, weight, and health status. If the consumer is new to taking it, the user must start with a small milligram as the magic mushrooms are very effective and robust.

Furthermore, the effects of psilocybin mushrooms can be different when they are taken simultaneously with other drugs. The compositions of the drugs can react with each other and cause different outcomes and results.

The strength of this magic mushroom varies from species to species, as does its effect on users. Also, the environment is affected by the results of these magic mushrooms.

The effects of magic mushrooms can last 4 to 6 hours, depending on whether they are consumed as tea, soup, or smoked. During the time of ingestion, the user will experience some of these feelings:

Euphoria and well-being The user will experience what is commonly called a “trip.” There will be a change in the user’s mood, consciousness, thoughts, and perception.

Also, the user will experience perceptual changes affecting their hearing and seeing. The user will have dilated pupils during this trip.

Visual and auditory hallucinations will make the user hear and see things that are not there or are distorted.

Feelings like headaches, stomach discomfort, and nausea. Some of the side effects experienced by the user include irregular heartbeat, vomiting, and increased body temperature, such as fever, sweating, chills, and so on.

Research shows that people who self-medicated with a small and low dosage of psilocybin could relieve themselves of any cluster headache while avoiding the psychoactive effects of the drugs. This practice is called micro-dosing.

It is advisable to avoid self-medication outside the walls of a clinic, where professional help can be rendered during trips. Not many people can manage the effects of high dosages.

It is also challenging to know the purity of the drugs if you’re purchasing them from an unreliable source. There’s a chance of it being mixed and the effect being strong.

Furthermore, posing a more realistic threat than a lethal overdose, the elevated levels of psilocin can overstimulate the 5-HT2A receptors in the brain, causing acute serotonin syndrome.

People with pre-existing medical conditions are more likely to have bad trips and experience the full effects of magic mushroom dosage.

Magic Mushrooms are hallucinogenic drugs that can make you feel an auditory and visual sensation that seems natural but is not.

When this magic mushroom is taken in high dosage and quantity, it brings paranoia, anxiety, and frightening hallucinations to the user.