The magic mushroom, also known as psilocybin, grows naturally and is known for its hallucinogenic effect.

It can affect all the human senses when taken. It is a psychedelic drug; its effect on the human body and mind is vital.

It makes the consumer hallucinate, think, hear, and see things that do not exist or are distorted. It alters the person’s mind, sense of time, and emotions.

Over 14,000 mushrooms have been discovered, and 180 contain psychoactive properties.

The primary ingredient in magic mushrooms is psilocybin, which converts to psilocin in the body, a chemical with psychoactive properties.

Some magical mushroom strains are explained below:

Explanation of the magic mushroom strain 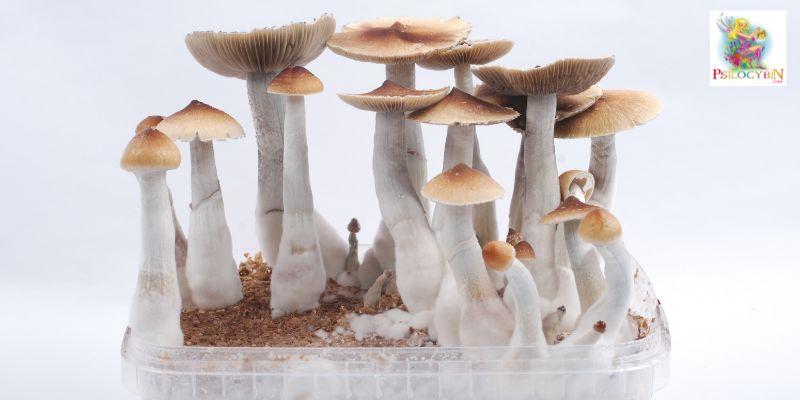 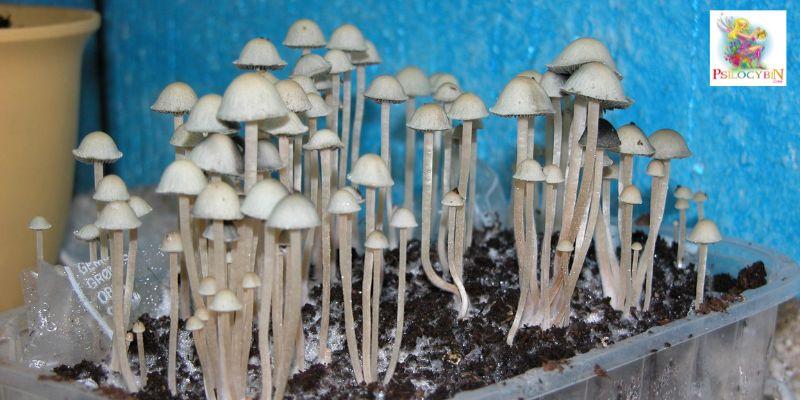 This is also called Copelandia cyanescens or Hawaiian magic mushrooms. It is a potent psilocybin mushroom.

It is called Hawaiian Magic Mushroom because it grows abundantly in places with frequent rain and habitable cattle pastures, like the Island. Pabaeolus cyanescens is a dung-loving species that is found in pastures and fields.

Its origin can be traced to Asia. In the United States, Paeolus cyanescens grows in California, Hawaii, Alabama, etc.

Panaeolus cyanescens has a convex cap that is light brown at first; then, it changes to gray or off-white at maturity.

Frequent use can cause a painful red rash due to the urea content. It can cause a loss of muscle function, which in turn can cause panic in consumers.

These are commonly known as “cubes” and “gold caps.” Psilocybe cubensis has a reddish-brown cap and is convex and bulbous when young. With age, the cap becomes flat and turns a light brown color.

The stems can grow up to 8 inches long, making it the largest psilocybe species. Like the cap, the stem will bruise blue when injured.

Furthermore, because of its suboptimal growing conditions that give excellent yields, it is the most commonly cultivated psilocybin mushroom.

Despite its specific magic mushroom strain, it can generate a full spectrum of psilocybin experiences, which includes synesthesia, time distortion, closed and open-eye visuals, euphoria, and heightened emotions.

Psilocybe azurescens is the most robust psilocybin-containing mushroom that grows in the wild; it is also called Flying Saucers or Azzies.

Psilocybe azurescens has a caramel-colored cap. At its initial stage, it is convex but expands to be flat with age.

They are mostly grown in decaying wood chips, dune grasses, and sandy coastal soils. Its temperature is relatively resistant, and it starts fruiting in late September.

Psilocybe azurescens is highly potent, up to three times as powerful as Psilocybe cubensis. It is known to retain its potency for a long time.

Its side effects include temporary paralysis, anxiety, and paranoia.

Psilocybe caerulescens has a convex cap with different colors ranging from yellowish-brown to reddish-brown. Its cap color brightens around the margins.

The mushroom clusters bloom from late spring to early summer to bear fruit. They prefer soil with woody debris and no plants around.

Voyagers prefer this type of mushroom because its potency is low to moderate. Its major effect lasts 3-6 hours, and the user will experience euphoria and other related effects.

It is a rare type of psilocybin mushroom. It is referred to as a blue-foot mushroom because of its bluish hues at the base of the mushroom.

Psilocybe caerulipes are among the smaller psilocybin mushrooms, with a stem length of only 3–6 cm. It has a cinnamon-brown cap that is convex to flat with a slight umbo.

It is typically found along river banks near decaying hardwood logs and woody debris.

The mushroom has a cap margin, hence its popular name. When young, the cap is chestnut-brown and matures to a caramel color.

Psilocybe cyanescens grows abundantly in the Pacific Northwest, particularly in the fall or early winter when the temperatures drop to 50–65 °F.

Psilocybe semilanceata is one of the most widely distributed psilocybin. The magic mushroom strain is responsible for one of the earliest recorded psilocybin trips.

Liberty caps resemble both Psilocybe strictipes and Psilocybe Mexicana. They all have a bell-shaped cap with a pronounced umbo.

This type of psilocybin mushroom is mainly grown in tight groups in pastures, lawns, fields, etc.

The stem and flesh rarely bruise blue because this species has low levels of psilocin.

This species is known as the “Mexicana liberty cap” because it looks very similar to Psilocybe semilanceata. The bell-shaped cap often has rippled edges that fold inward toward the margins.

In the past, the Aztecs used this species ceremonially. The Aztecs referred to them as teonanacatl, or “flesh of the gods.”

Hence, the effect of this species is considered weak to moderately potent, but it’s still capable of producing a typical psilocybin experience.

This species’ name, Psilocybe tampanensis, tells where it was initially discovered: near Tampa, Florida.

This species’ property is a convex yellow-brown cap; it expands to be flat with maturity. This stem stands at 2–6 cm and bruises blue. Psilocybe tampanensis has a taste and odor similar to freshly ground flour.

It is a rare species preserved by cultivation after being collected in the wild. This mushroom has a moderate potency.

Choosing which mushroom strain to order can be difficult; the listed strains are explained above to assist you in your decision-making. The differences amongst the magic mushrooms, like mushroom size, cap color, potency, etc., are essential characteristics to consider.

We use cookies to ensure that we give you the best experience on our website. If you continue to use this site we will assume that you are happy with it.Ok